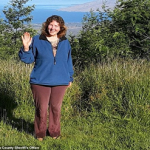 Sandra Hughes went missing at the age of 59 in the Sierra National Forest over the 4th of July weekend of 2020. She was camping around the Johnsons Meadow area of the Sierra National Forest which is about 10 miles south of Yosemite and was last seen leaning against a tree along Forest Road 5S01. Sandra had been living in Maui for the past few months before moving to California in June 2020. Family members stated Sandra was in Sierra National Forest to quarantine in case she’d come in contact with coronavirus during a recent move from Hawaii. She liked to move around a lot, she was a strong and independent woman who had been married twice with no children.

Sandra was about 5’03” tall and before Sandra Hughes went missing was reported to be weighing in at 150Ibs with Brown hair and Brown eyes. She had no known medical conditions and was mentally and physically fit. The events surrounding her disappearance are strange, to say the least.

Sandra Hughes was last in contact with her family on June 26th 2020 before she went missing. Officials from the Sierra National Forest stumbled upon her campsite on 5th July 2020 and described it as being in total “total disarray” Her personal belongings and documents were “thrown about all over the place” Ashley Marcus the niece of Sandra wrote on Facebook. Marcus stated Sandra was a very tidy person, she would never leave her belongings like that and even a piece of litter would bother her.

The state of the campsite immediately started a desperate search to find Sandra. The following day, 6th July 2020 Sandra’s vehicle, a silver Saab was found in Chiquito Creek to the north of her campsite. It appeared to have crashed into a tree at a speed less than 20 miles per hour before rolling into the ravine. This is curious because it’s extremely hard to crash a car at 20 MPH. This suggests she took Emergency action to avoid hitting something or someone or, something had startled her. If you are driving and you see something in your path the natural reaction is to swerve.

On the 12th of July 2020, her sleeping bag was found 2.5 miles north of where her car was left. This was just inside the border of Yosemite National Park. On the 19th of July, the search for Sandra Huges was reduced to a limited continuous search.

On the 9th of August 2020, two hunters reported seeing Sandra along road 5S01 near Portuguese Creek. The man reporting the sighting stated she appeared thinner than in the missing person posters and was wearing overalls and a floral shirt. She was leaning against a tree drinking water and she did not approach them or appear distressed This was the last confirmed sighting of Sandra Hughes.

The case went cold and no new updates were given until 21st July 2021 when a family experienced a “strange ghost-like sighting in the Madera County Mountains” which prompted the Madera County Sheriff’s office to investigate further.

Jake Gorba, his wife Victoria and their three children decided to drive to Shuteye Peak. The family had stopped to eat lunch and suddenly, three-year-old Kaiden started talking to someone. Kaiden started pointing to a nearby meadow and told his parents there was a woman lying face down with her legs straight up in the air. The woman was unable to speak or move and needed help.

His parents said, “He flat out told us, ‘mom she’s dead, she needs our help’ and that’s when I got the goosebumps and I was like, oh my gosh,” He goes, “yeah there’s a lady over in the meadow in a black shirt’ and I got goosebumps,” said Victoria, “He says ‘she needs our help but she’s dead and she’s laying face down with her legs up and she can’t talk to me but she’s over there we need to go help her.’”

Could this really have been the ghost of Sandra Hughes missing for over a year? Sceptical.? The parents checked the meadow but nothing was found. The Madera County Sheriff’s Office also contacted the family and searched the area but found nothing. Apparently, the child was able to identify Sandra from the missing posters but, as Sandra was last seen wearing a floral shirt and had no extra clothes with her we should discount this.

If my nephew said this to me whilst we were out for a drive I would be like get the fuck out of my car right now! So, where did Sandra go? and what the hell had she been doing roaming the forest when she was seen by the hunters. At this point, she would have been away from her camp for 35 days and without her sleeping bag for 28 days. She was not known to have any food with her and she would have covered miles. That’s assuming it was her that left her sleeping bag in Yosemite. But before we even start to look at that theirs her campsite and her vehicle. Let’s look at this on a map.

Let’s assume she made camp and took the car towards the Chiquito Trailhead. On the way, she crashes into a tree, exits the vehicle and somehow gets lost ending up just inside the Yosemite border. She loses her sleeping bag and ends up over by Portuguese Creek and is seen by the Hunters. That doesn’t explain why her camp was in such a state and why her things were all over the place. Unless someone found her camp and was looking through her things for something valuable to steal. And if that is the case why would she not approach the hunters to ask for help. At this point, she would have been starving. She was described as being noticeably thinner when seen but would have obviously been eating something. No one can survive without food for over a month. Clearly, Sandra is most likely dead now but what happened to Sandra? Why and how did she crash her car or what forced her off the road. How ransacked her camp and how did her sleeping bag end up in Yosemite. What do you think happened to Sandra Hughes?