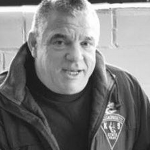 Ronald Scott Gray was a retired U.S Marine corps veteran who fought in the Vietnam War and a retired Massachusetts State Police Captain. He went Ronald Scott Gray went missing from the Selway-bitterroot area of the Nez Perce National Forest sometime after the 23rd of September 2008. Ronald was on an extended Elk hunting trip and decided to stay on for a few days on his own after his friends left. He agreed to meet with them in the Otter Butte area on the 26th of September 2018 but failed to show up. The last time Ronald Scott was seen alive was the 23rd of September 2008 near Mirror Lake Ridge.

Ronald Scott Grey was 62 years old when he went missing and 5’10, 200 Ibs. He was equipped for an extended stay in the wilderness with the correct equipment which has never been found. Unconfirmed reports stated that he may have contacted his friend by radio to advise he had hurt his knee. However, there is no actual proof of this. Ronal had a camp near Mirror Lake Ridge and was hunting in the Bitterroot-Selway area. He was then due to hike to Otter Butte on the 26th to meet friends.

The marked location would have been the area Gray was last seen. If we plot his expected locations on the map something surprising is seen. The area where he was expected to meet his friends on the 26th is close to where Connie Johnson and Terrance Woods went missing. They would both go missing around the 5th of October 2008.

I know the areas I have marked are sketchy at best. I spent half a day trying to pinpoint the exact locations but I wasn’t able to. In this case, they don’t seem forthcoming on the locations where Ronald was. What catches my eye is Fog mountain. This made me think of Connie Jackson. The red area is about the area that she would go missing from just over a week after Ronald. The smaller blue area is where Ronald was expected to be hunting and the larger blue area is where he was supposed to be meeting his friends. And of course. Just south of Elk City, Terrence Woods would also go missing the same day as Connie. WEIRD.