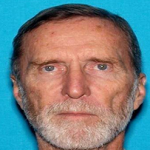 We have limited information on Peter Jackson and why he vanished. If you can assist with factual information to add to this listing please contribute. Send any updates to 644″at”vanished.us

Peter Jackson was a normal 74-year-old staying at White Wolf campsite #58. He was described as being 5 feet 10 inches and 155 pounds. He was in excellent physical condition with absolutely no medical concerns. The last confirmed contact with Peter Jackson was on 17th September 2016. He had texted his son to say he was on his way to Yosemite.

His campsite at White Wolf was paid for until 21st September 2016. It’s thought Jackson went on a day hike and never returned. He was an experienced hiker and regularly did 5-mile hikes. He was believed to have a royal blue Outdoor Products day pack when he went missing that was not at his campsite.

As of October 2, 2016, the search was changed to limited continues. This means that active searching in the field has ceased, however, any clues that are developed will be followed up on by investigators or search teams depending on the type of information gathered. Why Peter Jackson vanished is a mystery.

The whole point of Vanished.us is to track people that are going missing. By adding cases we can run reports and crunch data to see any correlations. Even now with limited cases, we can see Richard went missing close to a number of other people that have gone missing. The number of people missing is baffling and we haven’t even scratched the surface yet. We’re going to leave this map and check it regularly as we add more cases to see where this goes.

What do you think is going on here? Post your suggestions in the comments section below.