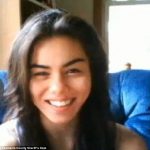 Maureen Kelly vanished into the woods wearing only a fanny pack

Maureen Kelly vanished into the woods

Maureen Kelly was 19 years old and at Canyon Creek Campground in the Gifford Pinchot National Forest in southwest Washington. It was the 9th of June 2010 and a warm evening. Maureen was with a group of friends when at about 5 PM she took off all of her clothes and said she was going on a spiritual quest. She stated she would be back by 12 AM. When Maureen Kelly vanished into the woods she was wearing only a fanny pack which contained a compass, pocket knife and some matches. She was craaaaaazy!

After Maureen failed to return by 12 AM her friends started to search around the area for Maureen but could not locate her. In the early hours of 10th June 2010, her friends reported her missing. The Sherrif was mystified by her disappearance. The area of the forest where she was last seen, Canyon Creek, is steep and mountainous with heavy timber and brush. She had no shoes on and they could not find any trace of her.

Where she entered the creek is amazingly steep

Eventually, authorities thought she crossed Canyon Creek and headed north, climbing upwards towards Forest Service road 54. Dogs were able to track her scent to the road apparently but it ended. The searches stated that

“Where she entered the creek is amazingly steep. It’s called Canyon Creek Campground for a reason,’ it’s very, very steep. So how she got down there barefoot is a wonder. And how she came up out of the bottom is a wonder.” 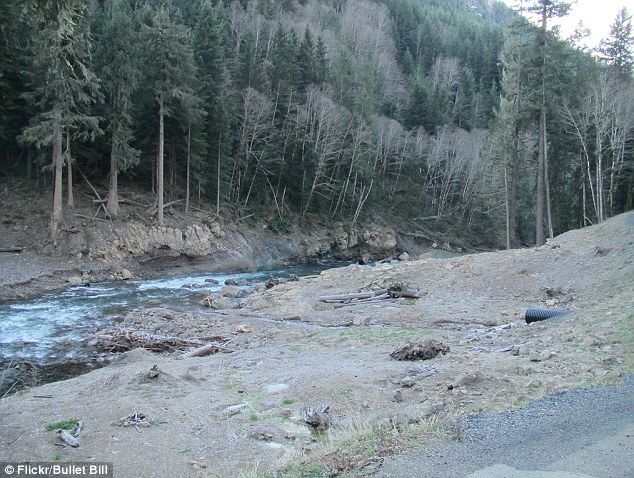 The hunt for Maureen would continue with 75 people out searching but to no avail. It was finally suspended at 6 PM the next day but patrols continued in the area for a while after. To me, this sounds like she was picked up on the road but it’s extremely hard for someone to just disappear and start a new life. People say dogs are reliable but are they really? In plenty of cases, we see dogs, cant track people. So, where did she go and why has nothing ever been found? 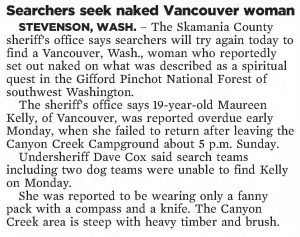 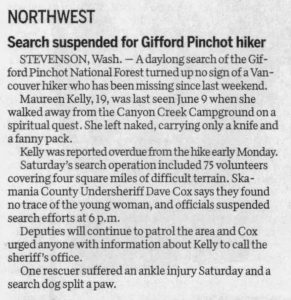