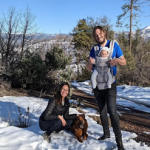 The Gerrish family, comprising of Jerry Gerrish his wife, Ellen Chung and their one-year-old daughter Miju were found dead on Monday 16th August 2021 near Devil’s Gulch inside the Sierra National Forest along with their pet dog Oski. The area where the families bodies were found is just south of the Yosemite border.

John Gerrish grew up in the UK in Lancashire. He first worked for 15 years in London at the Google offices before moving to the USA and working for Google in San Fransisco. John would later work for Snapshot as a software engineer and this was his employer at the time of his death. His wife worked as a Yoga instructor before becoming pregnant and was working towards a masters degree having graduated from the University of California in 2012.

On Monday 16th August 2021 the families nanny arrived at the Gerrish residence but the Gerrish family was missing and nowhere to be seen, their truck was also missing. The nanny thought this was strange but didn’t immediately report anything to authorities. John was supposed to be working on Monday and by late afternoon his employer had made the nanny aware John didn’t arrive for work. This was highly unusual. John was a reliable man. 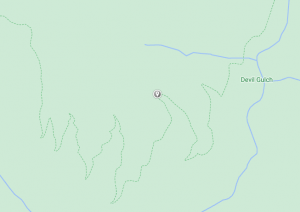 This is where the weirdness starts. When the family was found, John Gerrish was sat upright against a tree with his daughter next to him and the families dog Oski next to the child. Reports state Johns’s eyes were wide open, staring endlessly. His wife Ellen was found above him on a hillside.

Initial Autopsies failed to establish a cause of death and a necropsy on the hound also proved inconclusive. Speculation on the deaths ranged from poison gasses from mines to poison algae and even a freak lightning strike. It would later be established that the family did not die from exposure to chemicals or from a gunshot or other deadly weapon. This tells us the bodies have no signs of violence.

The fact John was found sat upright, against a tree one source says tells me he wasn’t threatened by anything. If he was he would be holding his daughter, protecting her. Instead, she is found next to him. I’m not a parent but if I was and something strange was happening I would have my child in my arms regardless of what was happening. The fact the dog, child and farther were all next to each other suggests the child and dog were placed there. Possibly by the mother and John sat down against the tree.

The mother being found above the rest of the family on a hill could suggest she was trying to get to higher ground. It doesn’t look like there was anyone else involved like someone was chasing her. I can’t see her husband sitting down against a tree if someone was threatening them.

There is one point I have deliberately left out. Johns phone was in his pocket. There was no reception in the area that we’re in. If they had a medical emergency I can’t see that phone staying in John’s pocket. What could happen so suddenly that is non-violent and not threatening that he didn’t have time to take his phone out?

On the 1st of September 2021, Sierra National Forest officials closed the Merced River Recreation Site “due to unknown hazards found in and near the Savage Lundy Trail.” The trail is set to be closed until Sept. 26, or sooner “if conditions change” around the area.

However, David Caron, a biological sciences professor at the University of Southern California seemed to pour water on the poison algae theory saying “although freshwater bacteria are a threat to people and animals, it would take high concentrations to kill humans rapidly”

The fact that three humans and a dog are found dead at the same time with no obvious signs of trauma is weird enough. But to find three in a line and one up a hill is super strange. When I think about this case I can almost see Ellen, crawling up that hill to try to escape what is happening below. What that is below I don’t know. Do you?