Dennis Eugene Johnson Vanished While Looking For His Missing Sister

Dennis Eugene Johnson Vanished While Looking For His Missing Sister

Dennis Eugene Johnson vanished at 8 years old from Yellowstone National Park. He was on a family holiday with his mother, Betty. father, William and three sisters, Dorene, Mary and Dianne. On April 12th 1966 the family had stopped for a picnic at Cascade Picnic Area, just north of Canyon Junction. But at around 1.30 PM Dennis noticed that his sister, Mary who was 7 at the time had walked off from the Picnic area. Dennis and his father, Wiliam decided to split up and go in opposite directions to try to find her. 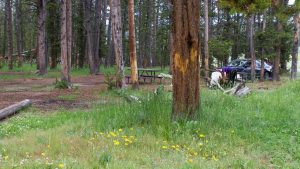 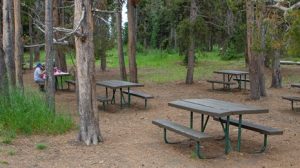 Johnson JR had a good amount of experience outdoors. He often went hunting with his father and had been taught basic survival skills. So, he knew if he got lost to follow a creek downhill. Whilst they were out looking for Mary, someone had found her wandering about on her own and had taken her to the Ranger station. Mary and her father were reunited but Dennis never returned back to the family. This farther really was having a bad day. First, he loses his daughter, then his son.

For two weeks, up to 50 volunteers, including the family, park officials and the sheriff searched for Dennis. Helicopters scoured the area with loudspeakers and people with binoculars looking in the ridgelines and in the cliff face around the area. Absolutely no clues would be found. Not even any tracks. Bloodhounds from Montana state prison were used to try to find his scent but this didn’t accomplish anything. In the end, everyone was completely stumped as to where Dennis had gone. The total cost of the search was $14,000, a lot of money in 1966. His family would stay in the park for a month until they gave up hope.

No other details of Dennis were ever found and nothing ever turned up. Not even his boots which would still be out there now. Dennis is not the only Dennis that went missing around this time. Dennis Martin also vanished on June 4th 1969 in Great Smokey Mountains national park.