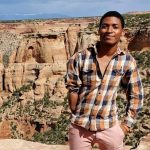 Daniel Robinson’s missing case is weird. WEIRD. It’s going to take some time to go through this. Everything about Daniels’s disappearance is worrying. A crashed vehicle with inconsistent damage, his clothes, messages to a woman who didn’t know and not a single piece of organic evidence. No blood, no body parts. Before we start, Daniel was born without a right forearm or hand. I think this is an important feature which we will get to later. Daniels’s story doesn’t start when he vanished. It first starts on June 12th 2021. Daniel was a Geologist and also had a side job delivering booze groceries for Instacart. Daniel had delivered some alcohol to a Woman and her friend who were drunk.

The two women had asked if Daniel wanted to hang out with them. The women state Daniel looked ‘harmless as he only had one arm and was short in height.’ One of the women Katelyn had exchanged numbers with Daniel but she insisted nothing else happened.

In the days that followed Daniel displayed some signs of infatuation with Katelyn. Sending lots of messages. ‘I couldn’t stop thinking about you.’ one read. Within a week of them exchanging numbers, Daniel had turned up at Katelyn’s house unannounced.

By June 20th 2021 things had escalated and Daniel had messaged Katelyn saying ‘I love you. Katelyn tried to explain to Daniel that his actions were unacceptable.

‘Honestly, you showing up at my house unannounced made me extremely uncomfortable, I don’t see us hanging out any time soon.’

On June 21st Daniel showed up at Katelyn’s home again. Katelyn was annoyed and told Daniel over text;

‘This isn’t normal nor acceptable, if someone has expressed that you’ve made them uncomfortable, you need to back off’

Fifteen hours later Daniel would message Katelyn again, ‘Do you hate me?’. Katelyn responded ‘I don’t hate you but please leave me alone,’. Eight hours after this Daniel Robinson would go missing.

The police had been alerted to Daniels’s messages to Katelyn and advised her she may want to make a complaint. A workmate of Robinson, Roger Prutsman also mentioned something was wrong with Daniel. He had asked him if everything was ok before he went missing and Robinson replied. ‘What if there was a girl you liked, but you couldn’t have?’

Daniel Robinson was last seen on June 23rd 2021 when he arrived for work at a desert site just outside of Buckeye. He was scheduled to work with Ken Elliott, who he had never met before and they were to work on a well. Ken Elliott reported that Daniel was acting strange. Daniel had asked Ken if he wanted to go with him to Phoenix to rest. Ken declined saying there was work to compete but 15 minutes later Daniel left without saying a word. This was the last time anyone saw Daniel Robinson before he went missing.

When Daniel did not return, Ken followed Daniels’s vehicle’s tracks. It was raining and muddy so it was easy to see which way Daniel went. Instead of turning left for Pheonix, Daniel had turned right to go further into the Sonoran Desert. Ken reported Daniel as missing and a limited search was conducted.

I say limited because Daniels farther has said the police did hardly anything to find his son. Most of the searches carried out were volunteers but the area was searched.

On 19th July 2019, Daniels’s vehicle was found by a farmer. It had been wrecked and airbags deployed. The driver’s seat belt was buckled and, despite the severe damage to the Jeep, no blood was found inside. Daniel’s wallet, phone and credit cards were all in the car. His clothes – T-shirt, jeans turned inside-out, shorts, orange work vest, boots and two mismatched black socks – were all nearby. A shoe was under the vehicle. One of the socks was Nike, the other was Adidas.

Three miles away another Nike sock was found which matches the other Nike sock found at the wreck site. Frustrated with law enforcement and the pace of the investigation into how Daniel Robinson become Missing the family hired a private crash investigator and he found some stunning clues

Daniel’s body was never recovered and no further clues have been found.

WEIRD isn’t it. The USA media has reported some of this case but as usual, the Media in the UK went further trying to make Daniel look like a psychopath. You have to remember the Media in the UK is something else compared to the media in the USA. The UK media have already murdered Princess Dianna by chasing her, hacking thousands of phones, driving Megan & Harry out of the country and placing cameras in the UK parliament. They are relentless and will do anything for a story. The Daily Mail did produce a handy video with the family’s crash investigator which is really interesting but as expected, tried to make out Daniel was a stalker.

I don’t think Daniel was a stalker. I think he was infatuated because maybe this was the first time a pretty woman had shown kindness and interest in him due to his missing arm and hand. We all know what people are like. By all accounts, Daniel was gentle and kind, headstrong and determined to have a normal life not seeing his missing hand as a disability. Yes, the texts are worrying but I don’t think Daniel was a threat.

What pricks my ears up is Daniels’s vehicle. Nothing makes sense. This area had been searched and the farmer said it had only recently been put there. This was the 19th of July and Daniel went missing on June 23rd. Where has this vehicle been for a month? It’s clearly been used because the ignition was turned on 46 times since the airbags went off.

And what about how it was found. The position. It’s not right. To get in that position it must have come down the hill and hit the very front right on a rock or the ground. The backend of the car would have had to come up so all the weight was on the right side of the hood. There would be more damage to the right corner if this was the case. The existing damage on the front under the hood is from what set the airbags off. 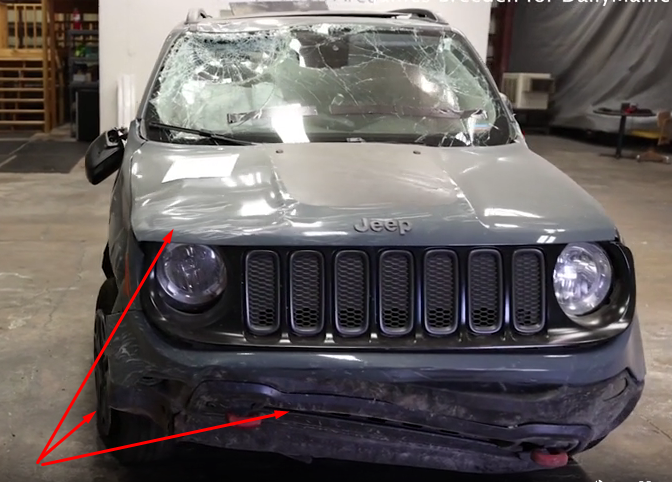 Let’s assume the damage to the front of the vehicle is what set the airbags off and let’s assume that also damaged the tyre. Then how did that impact on the top left and top right get there? It wasn’t when the vehicle came down the hill. The vehicle was found on its side which means the roof never touched the ground unless it rolled. Which is clearly didn’t.

And that does not explain the damage to this side of the vehicle which was the side pointing up when found. 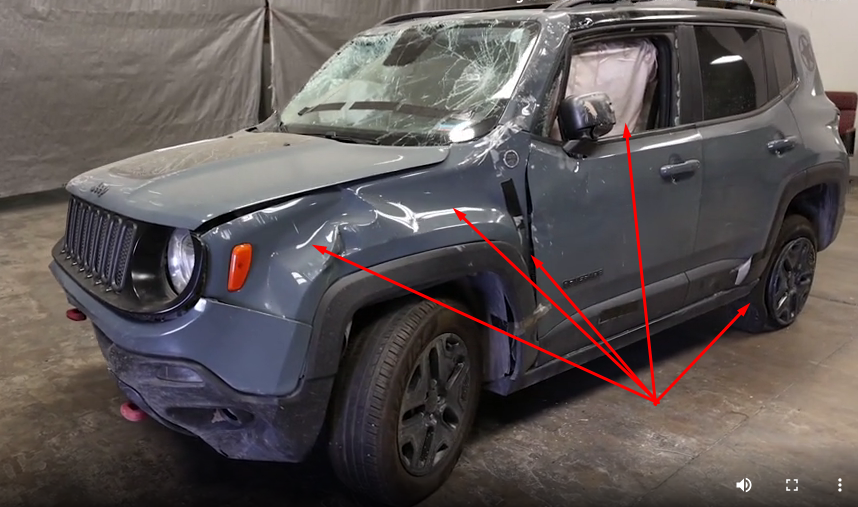 In this image, we see the clothes Daniel Robinson was last wearing before going missing. Ok, that’s weird but that’s also a distraction. Look at the trim off the wheel arch. This was off the passenger side because it’s missing in the accident investigation video. How did it get all the way over there when that side of the car is the one resting on the ground? 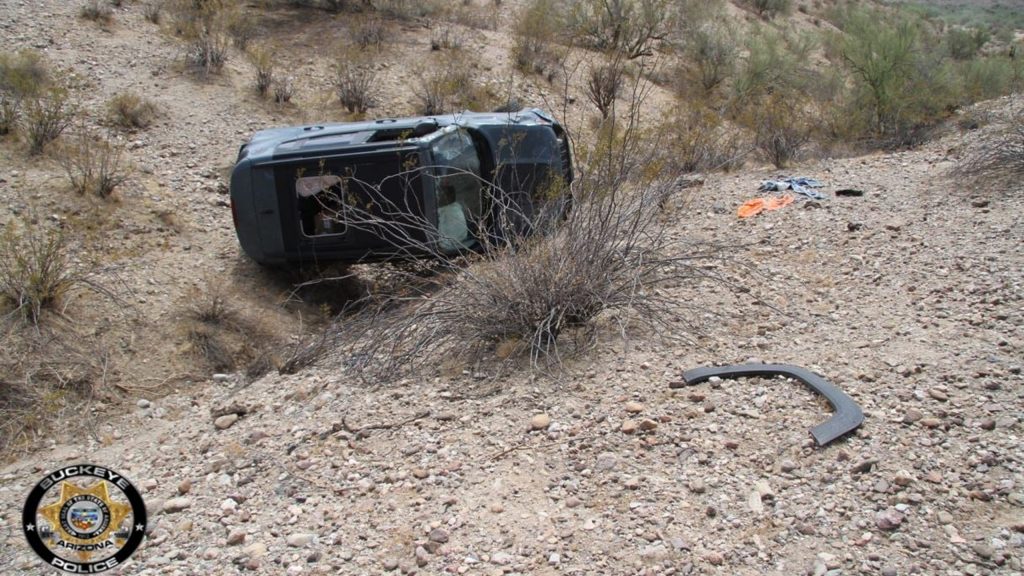 Think about it. The car had to have hit the ground on the front passenger side and pivoted over to rest on its passenger side. That means this trim is in the wrong area. It should be on the opposite side of the vehicle. This is all assuming the vehicle came down the hill that investigators say it did. Yes, there are some tracks but I don’t think it did come down that hill. Why? It’s resting too far away from the hill it was supposed to have come down and it didn’t roll. Had it rolled the top of the car would be bent. If it came down that hill id expect the trunk to be where the hood is.

I don’t think he was in the vehicle when it was put here. Have you ever tried to exit a vehicle with your seatbelt done up with one arm? I just did and I couldn’t do it. He did not pull himself out of that seat with the belt still done up and with one arm whilst the vehicle was on its side. No way. I think he did take his Jeans off because they were found inside out and with one arm you would pull your feet out which would make them turn inside out. I don’t think he took them off here though. I don’t think Daniel was ever at the location his vehicle was found at.

What do you think? How did Daniel Robinson end up missing? Let me know so I can see some different theories.