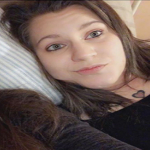 Cassie Sheetz is a 24-year-old who went missing in Monongahela National Forest. Sheetz was last seen on Friday, March 12, 2021, at around midnight, at the top of Spruce Knob. The group was on their return journey back down the huckleberry trail when they became separated. In the early hours of Saturday, March 13th, one male managed to make it back to their vehicle and called the local police. As the police arrived another male came out of the forest but Cassie Sheetz remains missing.

Cassie is described as being 5’3″ 120 Ibs. It is through when Cassie Sheetz went missing she was wearing camouflage pants and a hoodie. Sheetz has numerous tattoos including the names “Rubie” and “Bella” on her upper chest. Cassie also has multiple facial piercings on her ears, lips, eyebrows and her belly button. She has blonde hair and blue eyes. In February of 2017, Sheetz was charged with selling buprenorphine and naloxone, both opiates, and heroin on separate occasions. This could be significant if she was still involved with drugs. Drugs are for mugs people.

The family are totally baffled. The police can’t speak to the males because one has got a lawyer. The family states nothing has been found of Cassie and they don’t understand this after the area has been searched multiple times but we over here do understand this. It’s pretty normal really in the cases we profile. A group goes into the woods, gets split up (Point of separation) and one or more are never seen again. We have loads of examples of this happening but the real question is why?  The fact one of the men has a Lawyer is not surprising. You can just imagine the police were all over them like a rash but if you look at past cases there is a good chance they haven’t actually done anything wrong. If she was involved in drugs then that would provide a motive for someone to kill her but that’s just speculation. She could have cleaned herself up since 2017 and she was a mother of three now. I say was because now it is unlikely she is alive.

The reports state as the police turned up one male exited the forest. This I find strange. What would be odd’s that just as they turn up one comes out of the Forest. That makes me think they were both out, called the police and then one went back into the forest to stage just getting out.  With more information, we could work out how far they could have walked on foot which would narrow down the search area. There is about a four-hour time difference from when Cassie was last seen to when the call was made to the police. If it took an hour to Hike to the top of the trail then if they did do something to Cassie they could only have taken her a maximum of an hour walk away before having to turn around and make it back to call the police. What do you think? Let me know!

Cassies’ remains were found by two hikers in a remote area of Monongahela national forest near Seneca Creek. Items found with the skeletal remains included keys that belonged to cassie. The remains were found on 29th December 2021. Sheetz went missing on March 12 2021. Cassie Sheetz was missing a total of 292 days. Cassie was found around 8 miles from where she was apparently last seen. It’s not likely that the males were able to carry Cassie 8 miles and have time to return to the parking lot before the police arrived. Likely accident.