Bryce Florian was 6 years old when he disappeared from the Shi Shi Beach Trail, Makah Indian Reservation on April 9, 1995. When he went missing, Bryce was out with his family hiking and was wearing a white t-shirt, green pants, white socks and white Mighty Morphin Power Rangers shoes with red and white lightning bolts imprinted on them. Bryce has been having a picnic on the beach with his parents and sister. After the picnic, they attempted to go up a slope using a rope. Bryce was unable to do this so they agreed to meet him. This was the last time anyone ever saw Bryce alive. 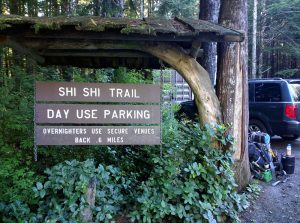 Bryce’s grandfather was chief of police in the area at the time he disappeared. An extensive search by the Coast Guard, divers, and tracker dogs failed to locate Bryce. On the beach, footprints were found that matched the size of Bryce’s feet. These footprints were weird. They would track for a bit then, there would be a gap and they would start again. Is it possible someone was partially carrying him and as he struggled, they put him down to pick him up again? The police at the time thought he may have been swept out to sea. Unlikely, as the footprints would have been washed away. Decades later Bryce has never been found. Bryce literally vanished. Thought in the comments on this one!