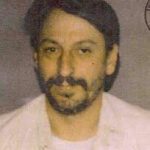 He was also prepared. Taking an ATV with numerous supplies including cold-weather gear, extra gasoline tanks and a grey dome tent. He knew what he was doing, clearly. Later that day on the 27th of October Kochendorfer was seen at a gas station in Butte and this would be the last confirmed sighting of Kochendorfer. A few days after this some hunters came across his ATV parked near Jim’s Creek. None of his supplies had been touched. He was reported missing and an extensive search of the area lasting several days produced no new clues or evidence. There were no tracks around his ATV. It was almost like he had been plucked from the ATV.

The thing that really sticks out here is the fact there was no tracks, no blood, no pieces of clothes. Nothing. That would suggest he was not attacked by an animal. This would leave a terrible mess around the area. Some people seem to think he may have walked up the creek, which would provide a reason for the lack of tracks. I say bollocks to that. No one goes walking in freezing cold water in the middle of nowhere, alone and, I doubt an experienced outdoorsman would put himself at risk like that. He may have slipped into the Creek and ended up downstream but that does not explain the lack of tracks. So what happened to Alfred Nicholas Kochendorfer?

Let’s get the map out!

We don’t know the exact location of the ATV but I assume it’s around the area in light blue. Jims creek is marked in dark blue and he was going to be hunting in the red area. There is a lot of water around here. but it really bothers me about the tracks. What do you think happened to Alfred? Throw your theories in, in the comments.