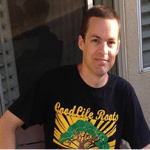 Timothy Nolan was 36 when he went missing in Yosemite National Park. Timothy has planned a solo hike and had a wilderness permit. There is some confusion with this. On Facebook, the Yosemite National Park state his permit was for September 1-4. However, his family state his hike was until the 9th. Timothy was 5 ft 4 in, 130 pounds, with short hair.

Timothy Nolan was last in contact with his family on 1st September 2015. When he failed to return home on the 9th of September 2015 he was reported as missing. Yosemite park officials launched a search for Timothy. Park rangers used dogs, helicopters and search and rescue teams from September 10th 2015 through Wednesday to try and find Nolan.

Timothy Nolan was eventually found on the 15th of September by park visitors near Quarter dome. Many articles claim this is another strange disappearance in Yosemite National Park. On the surface, it does look weird but actually, we can confidently explain this one with a bit of investigative work.

We know he was found at Quarter Dome because of the freedom of information request made in relation to his cause of death (See additional info) and we know the route he was taking because he was smart and told his mother. By taking his itinerary and plotting it on a map we can see he was planning on doing a loop. 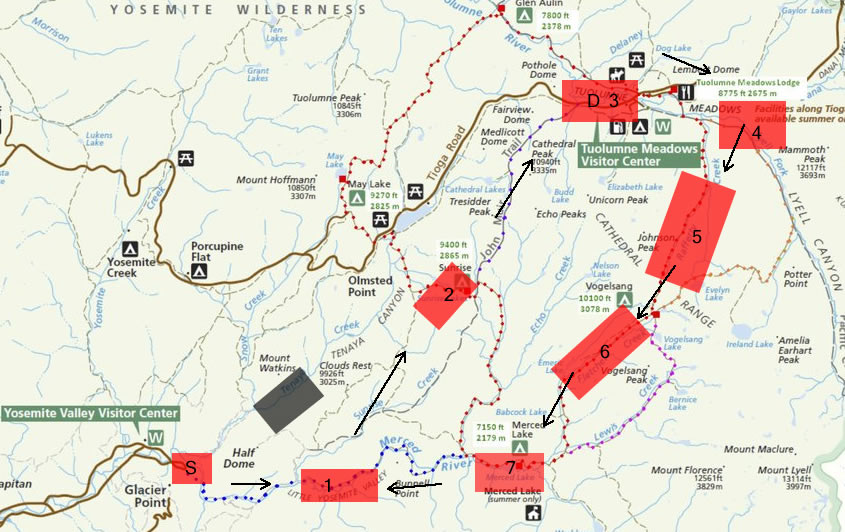 Timothy has a permit to hike from box S to box D. The route Timothy gave to his mother stated he first planned to hike these destinations in this order. Timothy was starting out from the box marked S.

Based on this route, we plotted the direction he was supposed to take as shown with the arrows on the map. Timothy’s body was found at Quarter dome. This is marked in BLACK on the map. So we now know Timothy didn’t stick to his planned route because there was no mention of Quarter dome in the route he told his mother. On the 1st of September 2015, Timothy decided to hike from box S to Quarter dome (BLACK BOX). He likely did this so he didn’t visit the same place twice. On his planned route he would have visited Little Yosemite Valley twice. By going off-trail and going via Quarter dome to Sunrise lakes (2)  he would get an extra place to visit on his trip. This would be his fatal mistake. We don’t know how he died on Quarter dome and we may never find out but at least we know why he was there. It’s likely he had some sort of accident and died on the 1st or 2cd of September 2015.

Do you think we have cracked this case? Let us know what you think?