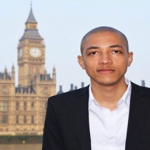 Terrence Woods Vanished From Penman Mine

Terrence Woods Vanished while he was part of a film crew from Raw TV filming on location in Idaho at Penman Mine on the 5th of October 2018. They were filming shots for an episode of Gold Rush: Dave Turin’s Lost Mine. I’m a huge Gold Rush fan. Granpa we loved you! This was filmed for an episode of Dave Turin’s Lost Mine, for people that watched this, this was the season before Jessie had a heart attack and died on set.

Terrence was 27 at the time he went missing. He had been contracted to work as a PA. A PAs job is to basically service the Director and get him anything he wants. Previously, woods had worked on other shows like The Voice UK. Had done voice-over work and volunteered in numerous places including in New Orleans after 2005’s Hurricane Katrina. Terrence was a decent human with his whole life ahead of him. The production crew had set up a base in Elk City about 17 miles to the north of Penman Mine.

Before we get into the evidence let’s remember that Terrence was in Idaho and his father in Washington. There is a two hour time difference. So the time on the messages received by Terrence Snr is two hours ahead. The first message below was received at 10.18 PM so for Terrence Jnr this would have been 8.18 PM.

Terrence’s father dropped his son off at Regan Nation Airport on September 30th 2018. Terrance shouted to his dad as he exited the vehicle “see you later dad” and his dad responded “no seen you sooner” This would be the last time Terrence Snr would see his son. The next time Terrence would have contact with his father would be on the 4th of October. The message, received by his father at 10.18 PM  read “Hey dad just got to the hotel in Idaho” – Does it really take 5 days to get to a hotel?

At this point, there is a discrepancy. His father stated on an episode of DrPhil that he had contact with his son on the 1st October 2018 but as Terrence Snr was speaking about this, on-screen the messages from Terrence clearly show the date as being the 4th October 2018. Vanished.us is reaching out to the family about this to ensure accuracy.

On the 5th of October, his father received a video of a Creek with the caption “Idaho” which we assume was at Penman Mine. This was received at 12.38 AM so this would have been 10.38 PM for Terrence Jnr. Then, a few hours later at 8.44 AM Terrence sent another text to his father saying “I’ll be coming back on the 10th now dad” This was 6.44 AM for Terrence Jnr. 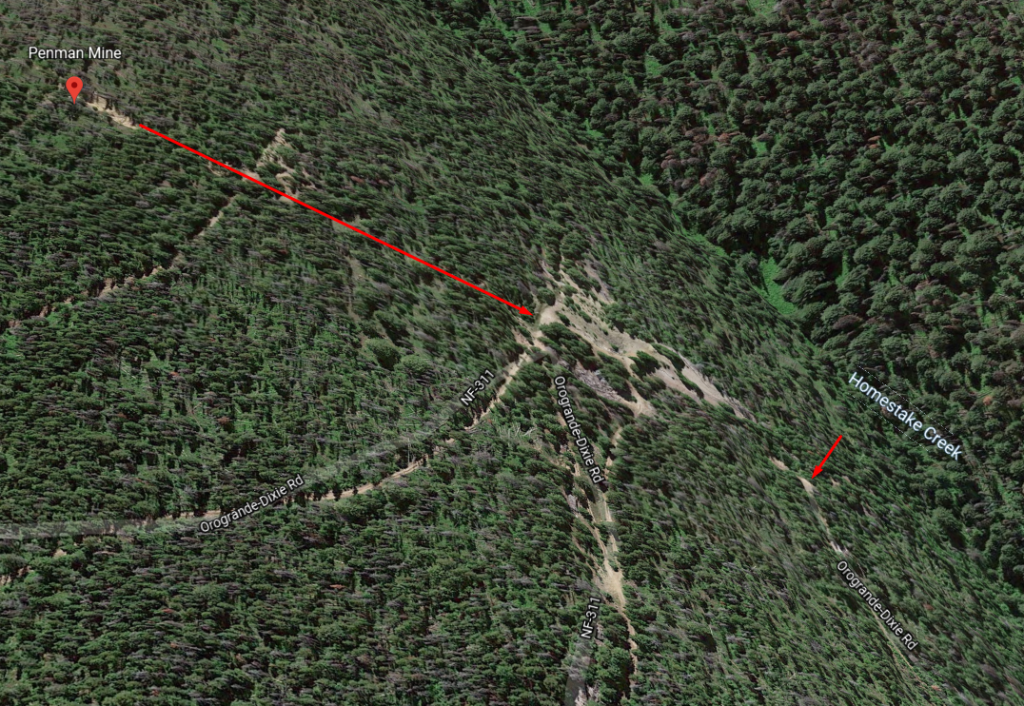 It’s then reported that the crew was packing things away for the day after a full day’s filming. This was around 5.30 PM Terrence said he had to relieve himself. There were 12 people on the crew. Terrance went over to the edge of the embankment (the family called this a cliff). The family say “Terrence looked up and Terrance had a funny look on his face. and ran down the cliff”. The production lead saw this from the Jeep and ran over thinking Terrance had fallen over. When he got to the edge he could see Terrance running down the side of the embankment like “a hare” Terrance got to the tree line below and disappeared from view.

The family stated RawTV flew them to Idaho to help look for their son, they went to Terrance’s hotel room. His clothes were packed into a suite case folded neatly. Terrance had been there 5 days at this point. He either didn’t unpack his case, in which case, where are the clothes he had been wearing for 5 days or he packed his case before setting out that day but again, where are his dirty clothes and why did he pack his case. He said he would be coming home on the 10th. Another 5 days. The only other option is someone from the crew packed his case after he went missing.

The film crew stated there was nothing out of the ordinary with Terrance. One of the ATV drivers who was local to the area who shuttled people about said she had been speaking with Terrance before he disappeared and everything seemed normal. She had spoken about his life to her and explained his past. The film crew said Terrance went over to the embankment. They saw him drop his radio and go over the side. A number of the crew and some local contractors saw this.

The police also report this. By the time they got over to the side, they saw Terrance running down the side at speed into the tree line. They took off after him but couldn’t catch him. The crew had notable scratches on them from the brush. They were able to make it down the embankment without tripping like Terrence but not as fast but could not locate him.

The Search For Terrence After He Vanished

After Terrence Woods vanished, the local police used search and rescue, canine and helicopters with FLIR to search for Terrence over a week period. The film crew initially searched and the production company also supplied resources for the reason.

At 6.41 PM local time 5th October 2018 police received a report. “Advise that a male Terrance Woods. From London works for a TV company that was producing a movie in the area of Penman mine. Never been in the woods, No guns. Terrance has been having a really hard time emotionally and had a mental breakdown earlier today. Dark complexion and light clothes. Terrance is not going to respond back to responders per reporter.” Terrance does not have communication. There are people searching for him now”

Just like Sammy & Stacy, here is another person who seemingly vanished into the night and was never seen again. I don’t subscribe to the suggestion that Terrance had a mental breakdown. None of the crew mentioned this and the ATV driver he was talking to just before he vanished was a local to the area and personally known by the Sherrif. Nor do I believe the film crew did anything to Terrance. A P.A is someone who does everything right? So the Director or Producer wants a drink the P.A goes and gets it.

I can just imagine these people being complete pricks. Get me this, Get me that. But in no way would a film crew kill someone. You have to look at this objectively. The family are hurt and scared. They have lost someone so everything they say must be taken with a pinch of salt. If the same story comes out of the film crew you can be sure that’s the truth. Look at what the family say. They said Terrance looked up. The film crew didn’t say this but the film crew did say he walked over to the edge of the cliff and so did the family so we can trust that piece of information. Let’s get a map out.

The black area is the section where I think Terrance ran down. The mine will be next to the creek so it can be used to wash the dirt. Many people speculate that when Terrance got to the road someone picked him up. Horse shit. No one picked him up. Why? Because if this was the case the only way they could go and that’s away from the mine. The other way would have to go past the film crew and is at least 5.9 miles until a turn-off. Another problem with this theory is the dust. A vehicle on these roads would create a huge dust cloud and you would be able to see and even taste it in the air for a while.

I found it interesting that the family stated he looked up then run down the cliff. The film crew said he had just run down the cliff and we know this is a fact. People don’t just drop their things and run without a reason. I believe Terrance saw something so frightening his sense of self-preservation kicked in and his immediate action was to run. But once that point of separation occurred, his fate was sealed. So what did he see? Predator figure, Bigfoot? E.T? Whatever it was it was behind him toward the film crew or to the side of him and close, making him go in the opposite direction.

But, we also need to take into account that Connie Johnson also vanished on the same day about 40 miles to the north of Penman Mine. Are these two related?

What do you think? How did Terrence woods vanish? Can you get us any closer to even beginning to explain why Terrance Woods went missing?