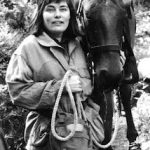 In 1990, Susan Seymour Adams Vanished whilst she was with her husband and a group of hunters near Battle Lake in the Selway-Bitterroot Wilderness area of the Nez Perce Clearwater National Forest.

Susan Seymour Adams was 42 years of age and 5’6, 140 Ibs when she went missing on 30th September 1990. She was carrying Camouflage-print clothing, a camera and binoculars. She and her husband and a group of hunters and guides from Horse Outfitters were hunting and camping in the Selway-Bitterroot Wilderness. The Adam’s were from Austin, Texas. For months they had researched their trip down to the last detail. They arrived in the area on the 22cd of September 1990.

On the morning of 30th September 1990, Susan was in camp. Around 9 a.m, Susan said she was going to a nearby meadow to spend some time birding (bird watching). She left camp to take the short hike to the nearby meadow but, this was the last time anyone set eye on her. Susan Seymour Adams vanished and was never seen again.

Her husband became worried when she never returned and he followed her tracks along the trail to an area about 20 yards from the meadow. The tracks suddenly stopped and didn’t start again. An intensive search of the area never found Susan. She wasn’t carrying any food, warm clothing or any survival gear. Local authorities at the time assumed she had got lost and injured.

In July 1991 another search of the area was conducted by the search was hampered by the rugged terrain and bad weather in the area. On 19th July 1991, an Idaho District Judge declared Susan dead.

When researching this case, I got excited. This is the area that Connie Johnson vanished from but, our database shows Terrence Woods, Ronald Scott Gray and, Barbra Bolick also Vanished in this area. I’m not sure what it is with this area but people do Vanish for some reason. The report stated her husband was out on a hunt when she went missing so that would suggest he was with others and not in the area. By all accounts, they were happy and had been looking forward to this trip. Why would the tracks just stop? It’s not like we are in a city and someone pulled up and stuffed her in the trunk. If someone had put her on a horse why no screams? Another person plucked from the earth never to be seen again. 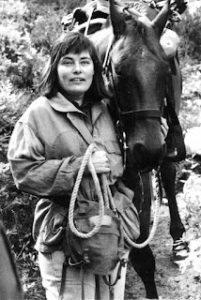