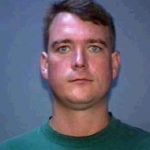 Paul Head was 32 years old when he disappeared whilst on a camping trip with a friend/acquaintance. Head worked as a breakfast chef at the Big Sky Cafe in San Luis Obispo. His colleagues would state he was a nice natured person who was pleasant, intelligent and friendly. On the 9th of September 1999, Paul had mentioned to his family that he was going camping that evening. He planned to camp in the Sierra National Forest. After Paul left that evening he was not seen by his family again.

The person he was camping with he had not known long but he felt comfortable enough to be out in the wilderness with this person. His friend reported that during the evening they were drinking alcohol and smoking bush. They eventually ran out of alcohol and went to sleep. During the early hours of the 10th of September 1999, his friend was woken up by Paul who was shouting and throwing things out of his tent. His friend would become scared and leave the tent. Paul would proceed to take off his shoes, pants and run into the woods clan only in his underwear and a sweatshirt. His friend reported this was near Dinky Creek and he did search for Paul for a short time.

Paul’s friend returned to the campsite expecting Paul to return. When he didn’t, he got the hell outta doge and reported the incident to the local police. Police would launch an extensive search for Paul Head utilizing air, ground and underwater search teams. Nothing has ever been found indicating Paul was ever in the area. Police have never been able to rule out anything, including murder. The case remains unsolved.

When I looked at this case I immediately thought of Terrance Woods. He just run off into the wilderness and was never found. In fact, I’m creating a new tag (Spontaneously Runaway) to catalogue incidents where people randomly run off and are never seen again. It’s quite possible his friend is not telling the truth about the incident but there was never any indication of a struggle at the campsite or blood. Paul head just disappeared into the woods. Last seen half-naked.