Patricia Colyer was a week away from her 38th birthday. Colyer was last seen on the 4th July 1986 at her mother’s home where she left with a strange woman. Patricia would be reported missing on the 14th July 1986 by her boyfriend. Not much is known about the strange woman in this case. Apparently, the woman known as Dee was a trucker and she was married. Patricia who was on social security may have met this woman at a pub in the days leading up to the 4th of July 1986.

On the day Patricia Colyer went missing she said she was going away for a few days with Dee and Dee’s husband who was never seen by the family. She has not been seen since. This case is interesting because it does match some of the similarities to my Suspect One case. I think there could be a serial killer at work in these cases. If that’s the case then this serial killer is married and his wife is in on it. That suggests trafficking or a sexual motive. Patricia Colyer was under 40, Small at 5’3, 110 pounds and had light brown hair. All these match the profile from the case of Deborah Jean Swanson who went missing 29th March 1986. She was seen with an unnamed male at a party who was the suspect in another difference in the area. 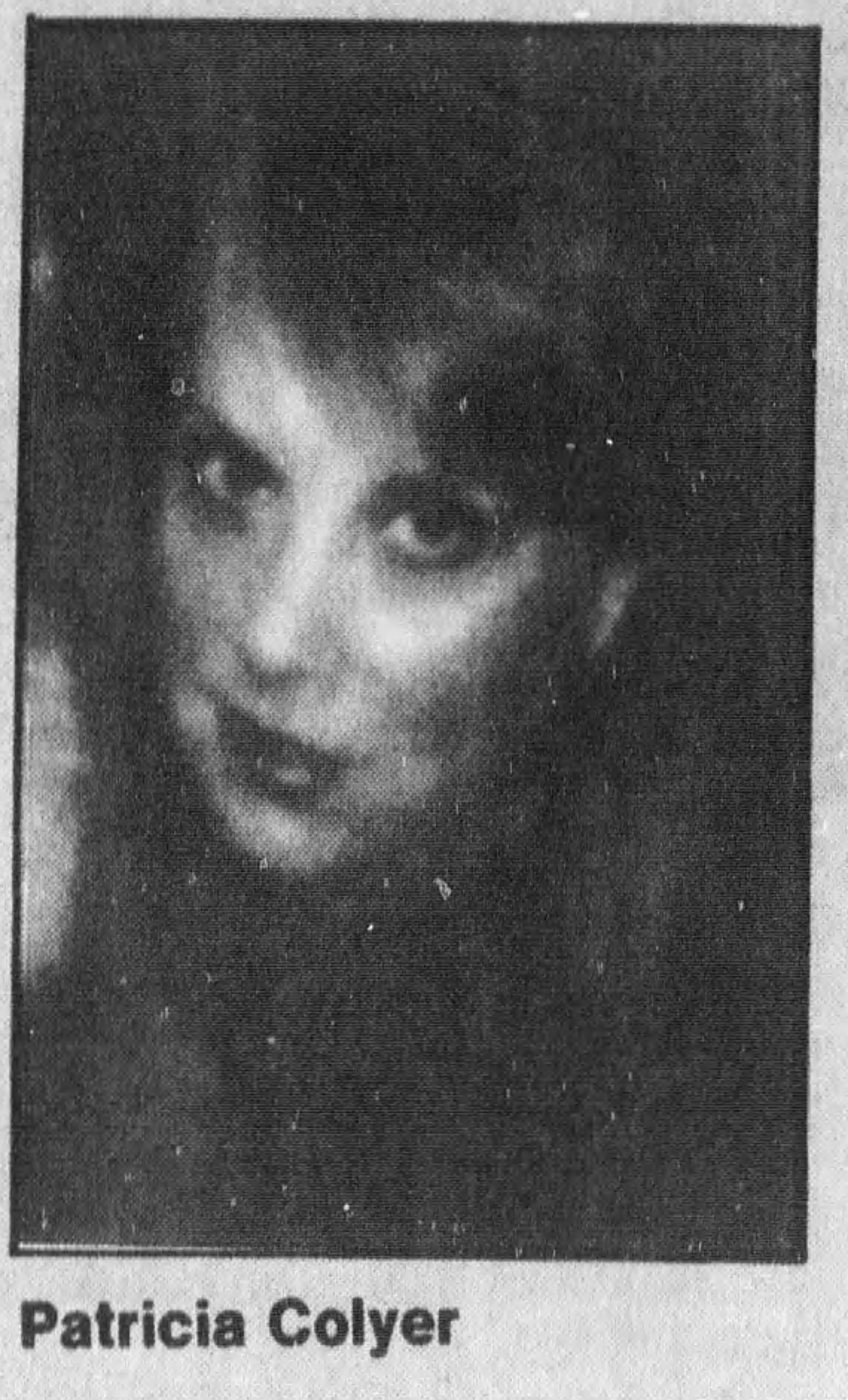 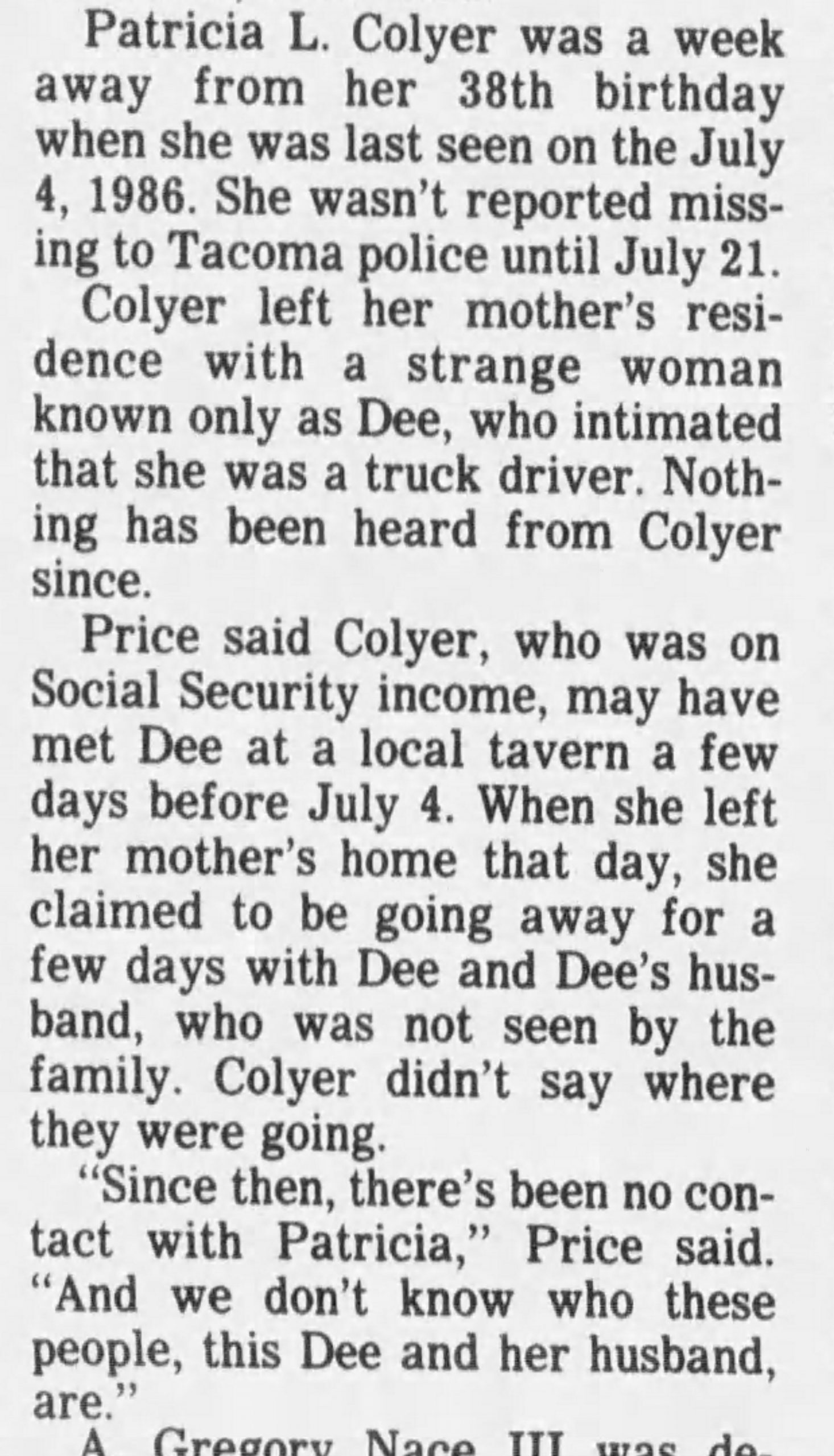