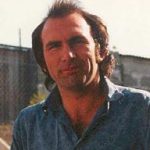 Kieran Burke was an Irish national from Rathfarnham, Dublin. He was on a two week holiday to San Francisco in April of 2000. Kieran went to Yosemite National Park where he had reserved a room in a Motel from April 4th-6th 2000. He was last seen on Wednesday 5 April 2000 in Yosemite Valley at Curry Village. His rental car was left in the Curry Village parking lot for several days before being recovered. At the time Kieran Burke went missing he was wearing a leather bomber jacket. Kieran Burke was never seen again.

This is a weird one. If he was last seen in a leather jacket I doubt he was planning on going for a Hike and yet here we are again. Another person who vanished in Yosemite. Without more data, it’s hard to even guess what happened but at a push, I would say someone put him in a vehicle and took him away or he became lost after a walk. What do you think? Can anyone better my theory? Let me know in the comments.