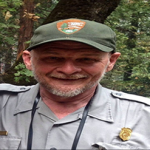 We have limited information on John Blevins Cogdell. If you can assist with factual information to add to this listing please contribute. We are especially interested in the location he was found and the cause of his death. Send any updates to 348″at”vanished.us

John Blevins Cogdell III was an employee of the National Park Service and was off duty when he disappeared from Upper Pines Campground in Yosemite Valley on the 15th of August 2018. Johns case is strange because it’s another case where officials have refused to release where John was found or the cause of his death.

John Blevins Cogdell was 5 ft 10 in. Weighed 200 Ibs had blond/grey hair and blue eyes. He was last seen at midday on August 15th at Upper Pines #182. Cogdell’s body would be found the next day on the 16th with officials refusing to release any information.

The days after this the body of Scott Tenczar would also be found. Officials refused to release where he was found or how he died. Ranger Mary Woods said at the time on Facebook.

“John Cogdell, my fellow Yosemite campground ranger, never returned to his campsite Thursday afternoon. After 24 hours of searching, after a gut-wrenching day at work Friday hearing BOLO’s, radio traffic, and helicopters and knowing exactly who it was all for, after trying to hold it together so we could continue with our jobs and help park visitors, all while we could see from our work stations the missing person flyers with John’s ever-jolly face on them, he was found deceased Friday evening. I’m not at liberty (or shouldn’t be, until more press releases) to give more details than that.”

Yet another unexplained death in Yosemite National Park. With two people being found dead within 24 hours. No explanations and no cause of death on either. Hell, we don’t even know where they died. Three years later no more information has been released.