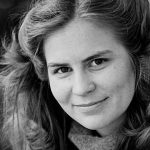 Jody Roberts vanished and turned up 12 years later in Alaska

I think this Woman is full of shit. I’m only listing her because when she vanished and “turned up” again she says her name was Jane Dee. A year later, Patricia Colyer would disappear with someone called Dee and her husband. Jody Robers was a reporter for The News Tribune and was reported missing after she failed to appear for an assignment on May 20, 1985. Her car was found in a parking garage near the News Tribune’s offices. She would reappear in a Denver-area shopping mall that month saying she had no memories of her previous life.

She moved to Alaska in 1989 under the name Jane Dee. She has a husband and twins. When she “found out” who she was it was Jul. 17, 1997. A former colleague of hers would state he had long suspected Roberts just wanted to start a new life. She took some of her cats to the Humane Society a few days before she vanished and emptied her bank account as if in preparation for a trip, Voelpel said.

What I want to know is when Jody Roberts, Jane Dee, whoever she is, met her husband. And, where was she in the months after May 1985? Jody Roberts from the same city as Patricia Colyer just happens to change her name to Jane Dee. Patricia Colyer disappears with someone called “Dee” a year later. Then, 12 years later Dee realises she is actually Jody Roberts and now has a husband too. Jody Roberts did investigate the Green River Killings. Maybe she got a taste for it or maybe she trafficked Patricia to pay debt. Or maybe all of this is just a coincidence? She was still writing articles up until May 8th 1985 and none of the papers published that she was missing.