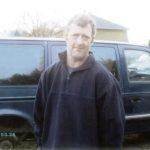 It’s a common them,e that people taking things from the lad seems to disappear more than say, someone who is just passing through. It is almost like if you take something from the land, something bad will happen to you. It certainly did for Jason Lovelady who disappeared while he was gathering pine cones with his mother and step-father in the Mount Baker Wilderness. On the 15th October 2013, Jason, his mother and stepfather from Whatcom County.

They were near the Elbow Lake trailhead on Forest Service road 12. Jason said he needed to relieve himself (point of separation) but never returned. When Jason disappeared he was carrying a white 5-gallon bucket which he was using to put pine cones in. Initially, forest service employees, his mother and step-father searched for Jason. But when they could not find him they reported him as missing around 4 PM.  The Whatcom County Sheriff would continue to search all night and all day Sunday for Jason but the search was fruitless. At the time the Sherrif would comment

“It’s a king of strange one. They searched extensivly but there was no real indication he was there”

A year later I found an article in the The Bellingham Herald. Published 1st October 2015 that states Jason was never found but his bucket and burlap bags were. I would give a kidney to anyone who can tell me where these were found. In this article, it was noted that the Nooksack River and Wanlick Creek are close to this area and both rivers were flowing fast at the time. But, the same article also states that the area where Jason vanished from was not particularly rugged., Had no brush and visibility was 50 to 100 yards. No one just walks into a fast-flowing river. 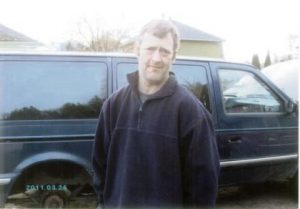 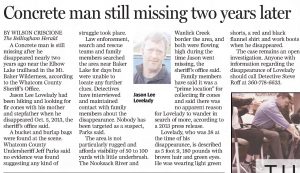