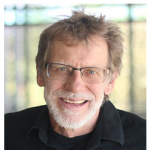 James Youngblom, a popular and well-respected professor at Stanislaus State was found dead in Yosemite National Park on June 25th 2021. Professor Youngblom was 64 and out hiking alone in the park. Youngblom was married to his wife Janey who is a retired professor of genetics.

College of Science Dean David Evans said, “Jim was a great department chair in the Department of Biological Sciences and one of the kindest people I’ve known, He loved his job and worked incredibly hard. His focus was always on students. Our hearts go out to all Jim’s friends and family at this difficult time.”

James Youngblom had been hiking alone from White Wolf up the Grand Canyon of the Tuolumne River to the Glen Aulin trailhead between June 22cd to June 25th. Youngbloms death is strange. His body was found at the bottom of LeConte Falls. One might assume he slipped and fell but investigators state they do not know how he died as an autopsy had not been carried out. If he had fallen, it would be obvious from the damage to his body.

James Youngblom was found dead in Yosemite on the 25th of June 2021. When writing this article it is now 17th September 2021. An autopsy would have been carried out but still, no cause of death has been released. This is another unexplained death in the middle of a cluster of weird deather in Yosemite National Park.

After recording this death we found James Youngblom and Joel Thomazin shared a connection. They both attended Stanislaus State. Weird.