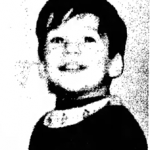 James Duffy vanished from a locked campervan at Peavine Creek

On 19th October 1973, James Duffy was on a camping trip. He was with his parents Carole and James (sr) Duffy, a full-time Army Reservist Captain at Tacoma and his younger sister. They had parked up a Peavine Creek on the Little Wenatchee River. The children were asleep in the locked campervan. The parents had walked off (point of separation) no more than 200 yards from the camper to collect firewood. Inside the camper were the two children and 3 household cats. Suddenly, James and Carole hear what they describe as a “child scream as though they were hurt” and run back to the camper. This took less than a few seconds. On arrival, they found the door to the camper, which had been locked was now open.

We found some discrepancies here. In some articles the parents say they were gone for a few minutes, in another, they state it was 15 minutes. In some they say the door was locked, in other they say it was closed. Weird.

James Was Gone From The Camper

James Duffy had vanished from inside the camper but his younger sister was still inside. The three cats were also still inside the camper on a top-shelf. In news articles, Carole would say she thought this was strange because usually when the door is open the cats run out. So they searched the area for a short time but couldn’t find any evidence of where James had gone. There were no tracks, nothing. Using a CB radio they called for help.

By Saturday 20th October 1973 there were 200 volunteers including the local sheriff, search and rescue, local residents and hunters out combing the area for James. The initial search area was a couple of miles and this was widened when helicopters joined the hunt. By Monday the 22cd searches were still looking for James but hope was fading. The Sherrif would state he finds it unlikely that James had been kidnapped as the area was pretty inaccessible and it would be highly unlikely James was taken by an animal. So what does that leave in the Sherrif’s mind I wonder?

But after a week the search for Jimmy officially ended although some people did continue an unofficial search for a while longer. The under Sherrif at the time states they were 90% sure Jimmy was not in the area but there was always a small chance they had missed something. The search was comprehensive. They searched and double searched everywhere multiple times. To this day no clues have ever been found and it’s highly unlikely anything will turn up now. How does someone go missing from a locked camper? There were no other vehicles in the area. I suspect the cats stayed put because they were scared but what scared them? 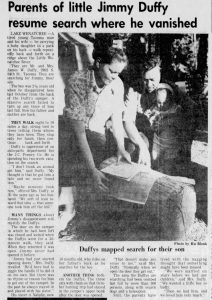 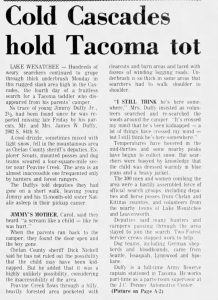 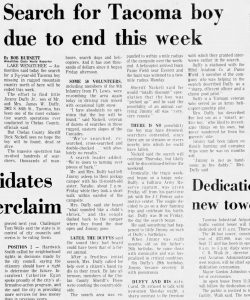 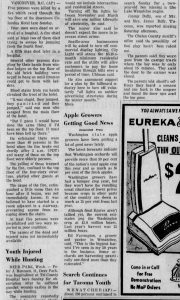