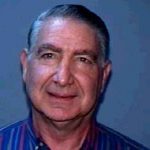 James Arthur, born 05/04/1941 was a U.S. Military Veteran who went missing on July 28, 2008. Arther was 6’0, 189 Ibs with Grey hair and brown eyes. He was last seen wearing a light jacket, an orange t-shirt, blue jeans and a straw hat. James Arthur was a graduate of Fresno State. Arthur was a decorated Veteran and a retired Air National Guard Lieutenant. James Arthur was previously the spokesman for the 144th Fighter Wing. On 28th July 2008, Arthur told his family that he planned to go fishing at Star Lakes in the Sierra National Forest. He would stop in Big Sandy for lunch and then return home by nightfall. When Arthur didn’t return home he was reported as missing and a search for him began. Over 100 searches with dogs and helicopters search for the missing James Arthur over the course of a week.

Arthur was driving a dark blue dodge ram pickup truck and was known to be carrying a red backpack, Olympus model SP-55OUZ with 7.1 MP and 18X Optical and a walking cane. 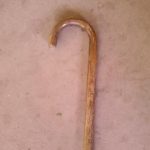 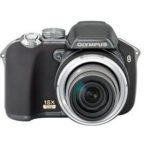 On 29th July 2008, James Arthurs vehicle was found at Iron Lakes, southeast of Star Lakes. It was reported that Two people had seen James Arthur on a trail to Iron Lakes and said they stopped and spoke with him.  They said that he was hiking towards Iron Lakes and had stopped to take a rest. Nothing else of Jame Arthur has ever been found.

This person didn’t go missing in a cluster that I can see but his disappearance matches a lot of others. The fact nothing of him has ever been found is troubling. His camera and cane would last a lifetime out there. Interestingly, years later in 2020, Sandra Johnsen Hughes would spend at least a month roaming the same woods. She was never found either.