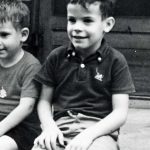 Dennis Martin vanished in the space of 3 minuets. Never to be seen again.

Dennis Martin and how he vanished is one of the most famous for a number of reasons. What would transpire in the later years is shocking and somewhat scary. I think this is the only case where there may be evidence of Bigfoot. It ticks all of the boxes for me and by the end of this, I’d love to read other people’s opinions in the comments.

It was the 14th of June 1969 and Dennis Martin from Knoxville was out on a fathers day camping trip with his father, Dennis and his grandfather, Clyde Martin. They were in the Great Smokey Mountains along the Appalachian Trail. The previous the Martins had spent the night at Russell Field. Here they had met another Martin family from Huntsville. Dennis Martin was 6 and his brother Douglas was 9. The boys from the Huntsville family were Douglas, 9 and Carter Martin Jn, 11. Confusing or what! There were actually more people in the group but let’s keep it simple.

The two families had spent the night at Russell field and then met up again the next day at Spence Field. In the morning and in the afternoon. The adults were sat out on the grass watching the boys play. Dennis was wearing a red tee, short green trousers, and low cut oxford shoes.

It was around 4.30 PM and the boy was intending to sneak up on the adults to startle them. The adults were aware of this but they played along. The adults saw the boys split into two groups. Dennis went to the northwest and the other boys went to the south. (point of separation). This was the last time Dennis was seen.

Dennis Martin Snr stated that 3 to 5 minutes went by before he became concerned. He started to call out for Martin but when he got no response he started to search. He when up the Appalachian Trail towards Little Bald which is one mile away. Dennis Martin had vanished and was nowhere to be seen so he returned to Spence field thinking Dennis had returned. When he realised he hadn’t Martin Snr then went west to Russell Field, 2.5 miles and returned to Spence field. Let’s look at this on the map.

I don’t know the exact locations so, if you can help with that you can claim this listing or just get in touch. Martin Snr doubled back along the trail in red right back to Russell Field. If you switch the map to terrain, you can see just how steep to the north and south is. To the north, it’s a climb up and to the south, it’s a dropdown. We know Martin Jnr was to the north so the most likely way he went is up. This is supported by a later witness. Plus Martin Snr travelled the trail to the west twice.

As Dennis could not be found anywhere his grandfather hiked the Anthony trail to raise the alarm (as seen in black on the map). He informed Rangers at about 8.30 PM. Around this time heavy rain had started to fall in the area and Dennis had been missing 4 hours. I think by this time he was already out of the area. What was to follow was the biggest search in park history. At its height, 1,400 people were on the hunt for Dennis. This included everyone was all walks of life. 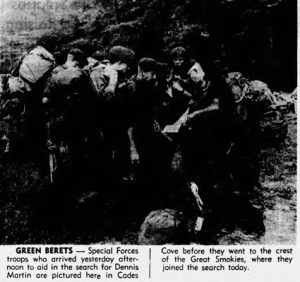 From Sunday 15th the papers picked up the story and everything went into overdrive, the Green Berets would turn up, the FBI, Police, the housewife from down the road. Everyone was looking for Dennis. People find it strange that the FBI turned up and the Army. I’m on the fence about this but the FBI agent (Jim Rike) did end up blowing his brains out. I’m not going to go into detail about the search but it was extensive and expensive. You can read about the full search in the Freedom of Information report located in the additional information sidebar on the right and in the newspaper articles attached at the bottom. A footprint was found up by West Prong but at the time, this was discounted. But I think it’s important. The print was from an Oxford shoe size 6. Dennis size and show type.

Around the 21st June 1969, another man would come forward to report he had seen a person hiding in the woods and also heard a scream. This was near Rowan’s Creek. The scream he said was that of a child in distress or pain. At the time this was discounted because this happened about ten miles away and around the same time Dennis went missing. However, authorities withheld this information from the Martin family. It would be a year later when they found out.

In 2012 David Paulides published his Missing 411 Eastern United States. In2011, David was able to interview Bill Martin and Dwight Mccarter in relation to how Dennis Martins vanished. In the interview, Bill would go on to state

Bill Martin met with Harold Key, who died in 2016 which revealed some shocking information.

Dwight Mccarter was a Ranger who worked on the case and search for Dennis. He agreed that it was possible for someone to carry a child as small as Dennis over their shoulder the distance to Rowan Creek. In 2021, Mccarter did an interview for the Terribly Vexed podcast. In this, he would state he smelt a decomposing body along the West Prong Trail. He reported this to his seniors but was told the area had been searched. He was told to search somewhere else. Here’s the clip from the podcast. (yes I stole it)

In 1985, a harvester would report to Mccarter that he found skeletal remains in the early 1970s but he was scared to come forward because he was involved in illegal harvesting in the park. Mccarter knew the individual and thought his report was credible.

If you remember, when Dennis Martin vanished, during the search a footprint was found in this area. It was discounted at the time but that is now three indications that something is still in the West Prong area. Could this be Dennis and was Bigfoot involved or was it some random person who abducted him? 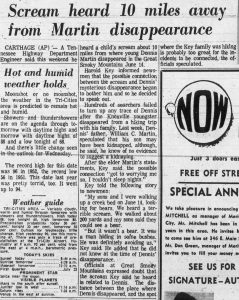 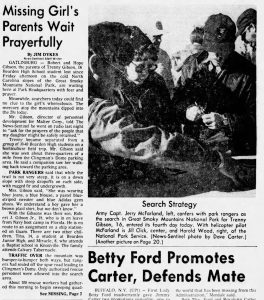 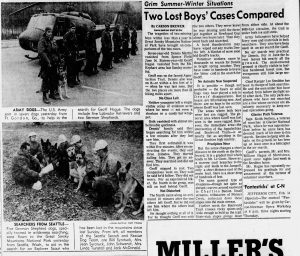 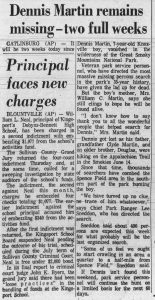 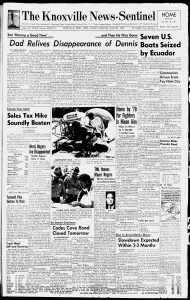