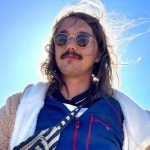 Cian McLaughlin vanished whilst out on a hike near Delta Lake

Cian McLaughlin vanished on a Hike

Whilst on the face of it, this case does look like an accident. If Cian is found somewhere stupid like in a place where he had no chance of getting to. That would definitely fit a pattern with other cases so we’re listing him. Cian McLaughlin was 27 years old when he vanished from a Hike. Originally from Dublin, Cian was living and working in Jackson, Wyoming. He was working as a Snowboard Instructor at Jackson Hole Mountain Resort.

Cian was last seen by a friend at around 2.30 pm on Tuesday, 8 June 2021, approximately half a mile from the Lupine Meadows Trailhead in the Grand Teton National Park. Security cameras show Cian entered the park via the Moose Entrance Station at 2.15 pm on 8 June 2021. When Cian didn’t arrive for work on the 10th of June he was not reported as missing straight away. At this point, he was last seen two days ago. It gets worse, Cian wasn’t reported missing until late Saturday, June 12th and a search were not started until June 13th. His vehicle would be found at Lupine Meadows Trailhead in Grand Teton National Park. That’s already five days Cian has been missing for.

When Cian was spotted by a friend on the 8th, it was noted he didn’t have any equipment with him. He was even wearing a short sleeve top. Reports stated. McLaughlin was last seen wearing a cutoff tank top and shorts (unknown colour), a bucket hat, and round sunglasses. He was not wearing a backpack. There are no reports of him carrying any food or water. By the 14th a major search was being carried out by national park authorities. Over forty national park staff were conducting ground searches. Four search and rescue dog teams and members of Teton County Search and Rescue were also involved. Aerial searches by helicopter also took place. Searches were narrowed down after a climbing guide reported seeing a solo hiker, who matched Cian’s description, on the Garnet Canyon Trail. Searches of Cians laptop showed he had searched Delta Lake the day he went missing

Ultimately, nothing would come of any of the searches and around 26th October 2021 the family released a statement stating they accepted Cian was likely dead and this was now a recovery mission. However, nothing has still turned up and Cian remains somewhere in Grand Teton National Park waiting to be found. 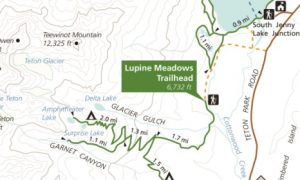 Interestingly, if a guide saw Cian on the Garnet Canyon Trail, then that would make sense because he had searched Delta lake on his laptop. This is a beautiful area, I’ve attached a picture below. This trail forks off and runs parallel to Delta Lake. I guess if the lake was his end destination he went off the trail here. In the Google map below you can see what this trail is like. This is taken just before the trail forks off to the left and right.

The area CIan would have had to Hike is steep and rugged, covered in boulders. I can’t understand why he hasn’t been found though. Yes, it is definitely dangerous but there is not that much vegetation. Take a look. This is ascending up towards delta lake off the trail.

So, I wonder when Cian will turn up and more importantly where. 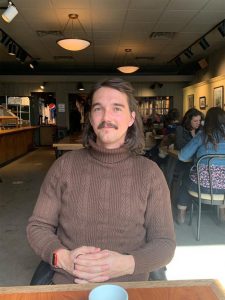 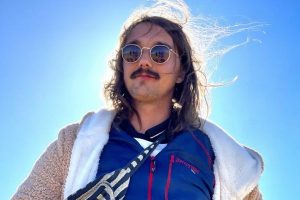 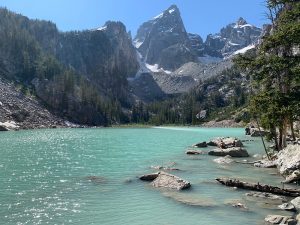