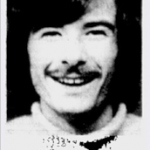 In 1979, 19-year-old Charles McCullar, a photographer disappeared at Crater Lake. Many articles have been written about this case and most, appear to be written to shock and peak peoples curiosity. Many articles leave out important details. On the surface, these might not seem important. When looking further into the details, these points could explain a lot.

Many articles like the one from Strangeoutdoors.com appear to have copied an incorrect article stating that he left his friends on January 8th 1975 with instructions that if he did not return by 1st February 1975 to report him as missing. There is no basis in fact for this timeline. Why would a person leave without a tent or overnight equipment if they would be gone for so long? They wouldn’t. Charles was last seen 30th January 1975 and was reported missing on the 1st of February 1975.

So, Charles was an avid photographer and apparently was an experienced outdoorsman (not sure about that last bit). He had aspirations of visiting each national park to take pictures of the landscapes and wilderness. He lived in Virginia with his family and was travelling when he disappeared.

On 29th January 1975, Charles “Chuck” was staying with a friend in Eugene, Oregon. He left his friends apartment and took a greyhound bus to Crater Lake National Park. He told his friend he expected to return on the 31st of January 1975. He mentioned that if he was not back by the 1st of February to report him as missing. This shows that actually, Charles was a responsible man for providing an itinerary of his activities. Reports state he always kept in touch with family whilst travelling and, this supports those statements.

Charles didn’t return on the 31st January 1975 and his friend waited until the 1st February 1975 to see if he would return. He didn’t so, he was reported as missing.

When Charles disappeared, he was wearing the following items;

Also in his possession was believed to be;

Charles was reported to have been seen at the Diamond lake resort on the 30th of January 1975. This makes sense because he was travelling from Eugene to Crater Lake. Crater lake is south-east of Eugene along route 138 and, Diamond Lake resort is on the way to Crater lake.

A park ranger reported that he gave a lift to a person matching Charles description to the Crater Lake entrance on the 30th January from Diamond Park. Some articles claim his VW camper was unsuitable for the terrain but we know he took a bus and likely got off at Diamond Park resort. He did not have a vehicle with him.

On the 30th January 1975, the snow depths around crater lake were 24″ to 90″. Why would the ranger allow this person to continue in these conditions?

The park ranger was the last person to see Charles alive. Assuming this was Charles and we can safely say it was due to the matching descriptions of the person and equipment he had with him.

Fast forward a year and multiple searches for Charles McCullar had been carried out. Planes had been used, search parties had looked around Crater lake area, posters mailed out to the public but all to no avail. On the 18th October 1976, some hikers stumbled upon a badly weathered backpack and a set of keys near Bybee creek in Crater Lake National park.

The hikers handed the find to the chief ranger. It was found that one of the keys matched a VW and it was known a VW key was in the possession of Charles at the time he disappeared. Park rangers searched the area where the hikers had found this equipment and they found camping gear, a human skull, a lower jaw bone and several other bones.

In our research, we were unable to find any definite or official reports of the remains and how they were found. Some articles on the internet suggest Charles’s jeans were found unbuttoned and empty with just his shin bones in the bottom of the jeans. No pelvis, no legs, no torso, no arms. Just the ends of his shins. This is just speculation and likely someone made this up to make the story sound more interesting. In none of the official reports including the ones to the FBI and Senator William L Scott does it mention anything strange about the remains.

Exposure is the most likely conclusion and that’s what we agree with. Look at the facts.

In a really weird twist, Glenn Allen Mackie’s remains were also found near Bybee Creek in 2006. We are unable to confirm exactly where each remains was found. Bybee creek is a long stretch of water but if the remains were found in close proximity to each other this would suggest something or someone is maybe taking these people to this place.

McCullar was naive at best and an idiot at worst for Hiking alone and without sufficient equipment to protect himself against the harsh weather over the 30/31st January 1975. He paid the ultimate price for these mistakes and likely died overnight on 30th January 1975.