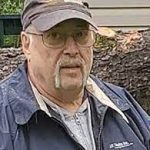 Searchers didn’t start searching for Barry until the 25th July 2020 but he has never been seen since. On the 4th August, 2020 searchers found a pair of sunglasses in Kintla Creek in the North Fork area of the park that is presumed to be his.

On August 4, a pair of sunglasses were found in Kintla Creek in the North Fork area of the park. It is likely the sunglasses may belong to Tragen. Canine search units were brought in to search the area, with dogs showing interest at the outlet of Kintla Lake. No signs of Tragen were found.
Today, park staff in cooperation with Flathead County Search and Rescue continue ground search efforts. A remotely operated underwater vehicle is being used to search the foot of Kintla Lake. No other clues regarding Tragen’s whereabouts have been discovered at this time.
On July 22, Tragen’s vehicle was observed near Kintla Lake in the North Fork area of Glacier National Park. Park rangers initiated a search effort on July 25 after Tragen did not return to his vehicle. Over the past 12 days, search efforts have included ground search teams, canine search teams, aerial observations, and water observations using boats and a remotely operated underwater vehicle.
Flathead County Sheriff’s Office, Flathead County Search and Rescue, Two Bear Air, National Park Service Investigative Services, and the Federal Bureau of Investigation have assisted Glacier National Park with search efforts.
Tragen is still considered a missing person and investigations will continue in hopes of gaining further information regarding his whereabouts. Anyone that may have information regarding Tragen’s whereabouts is encouraged to contact the park tip line at 406-888-7077.